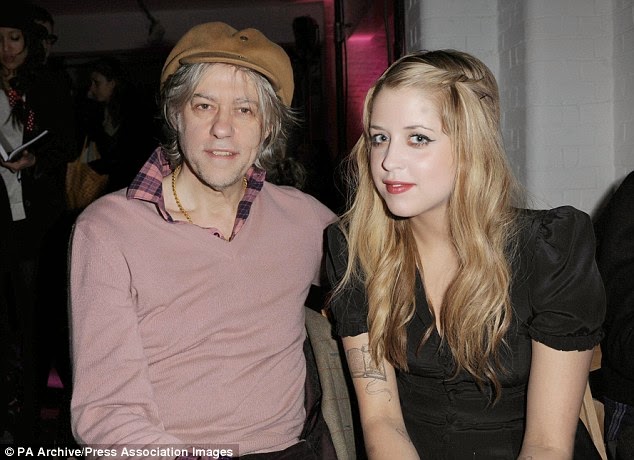 Sir Bob Geldof says his family is 'beyond pain' in the wake of the death of his daughter, Peaches Geldof.

BBC News reported Monday (April 7, 2014) emergency responders were unable to save a 25-year-old woman who was discovered during a welfare check.

In a statement released to the network, the Boomtown Rats musician confirms the woman was his daughter.

"We are beyond pain. She was the wildest, funniest, cleverest, wittiest and the most bonkers of all of us," he said..."How is this possible that we will not see her again?"

Peaches is survived by her father, her husband of 19 months, Thomas Cohen, and their two sons, Astala Dylan Willow, 23 months, and Phaedra Bloom Forever, 11 months. MORE HERE
Posted by CDMartini at 8:32 AM