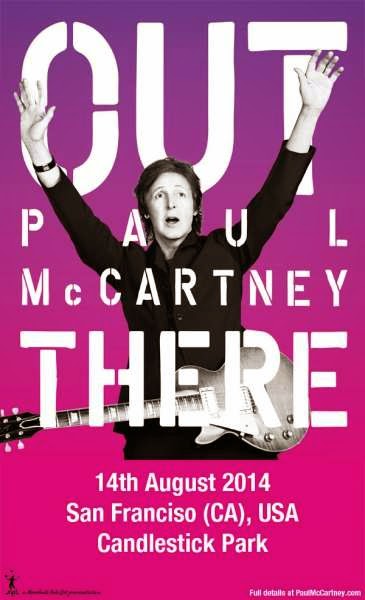 The Beatles played their final public concert at Candlestick Park in San Francisco back in 1966, which gives the soon-to-be-demolished ballpark a special place in Paul McCartney's heart. Sir Paul had made it clear he wanted to perform the final concert at Candlestick and he's been confirmed to do just that on August 14, 2014. MORE HERE & HERE