The Heart Of Carlos Santana 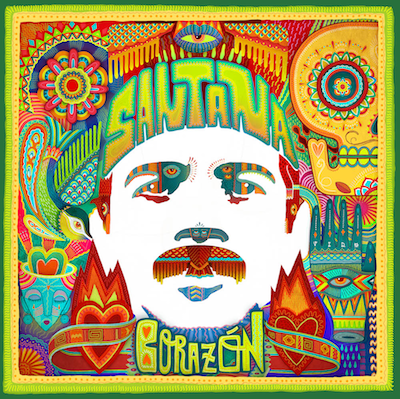 Forty-five years after he went from being a virtual unknown to an international superstar by way of Woodstock, Carlos Santana continues to expand his horizons. “Corazon

,” Santana’s latest album being released May 6, 2014, will finally allow the Mexican guitar god to embrace his Latin heritage in a big way.

” (or “Heart”), Santana assembled a list of Latin music all-stars who joined him in the studio and onstage at a concert taped December 14, 2013 in Guadalajara, Mexico, for the HBO special “Corazon, Live From Mexico: Live It to Believe It,” which will air May 3, 2014 on HBO Latino. He’s joined by Gloria Estefan, Miguel, Juanes, Romeo Santos, Samuel Rosa and others all singing in their native Spanish language. MORE HERE & HERE

And this... Carlos Santana extends House of Blues residency in Las Vegas