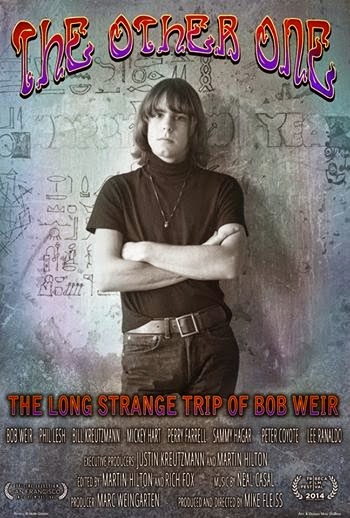 A new documentary about founding Grateful Dead singer/guitarist Bob Weir The Other One: The Long, Strange Trip of Bob Weir premiered at the Tribeca Film Festival in New York City. MORE HERE

The movie follows Weir's life, from his early years as a high-school dropout following author Ken Kesey's Merry Pranksters communal group, through his amazing 30-year adventure as a member of the world's most celebrated jam band and beyond.

The Other One features candid conversations with Bob, as well as interviews with his Dead band mates Phil Lesh, Mickey Hart and Bill Kreutzmann; various family members; and musical friends such as Sammy Hagar, Bruce Hornsby and Phish's Mike Gordon.


In addition, the movie includes concert and behind-the-scenes footage, and takes a look at how the Grateful Dead was affected by and influenced the cultural changes the world underwent during the group's existence.

The flick also will be shown at the San Francisco International Film Festival on April 29, 2014 and May 2, 2014. source