Linda Ronstadt's Duets Is A Hit 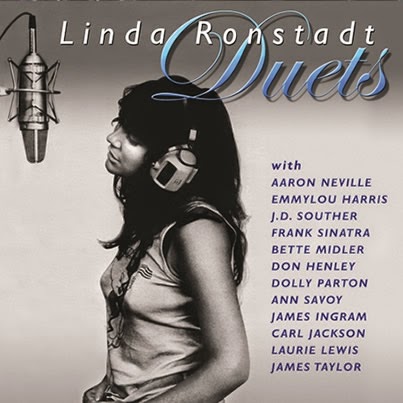 Linda Ronstadt has collaborated with some of the most legendary artists across genres, including Aaron Neville, Frank Sinatra, James Taylor, Dolly Parton and more.


Released April 8, 2014 the album came directly ahead of Linda’s induction into the Rock and Roll Hall of Fame on April 10, 2014. Last year (2013), Linda revealed she has been diagnosed with Parkinson’s disease, which has left her unable to sing. MORE HERE

The new compilation debuts on Billboard's new 200 chart at No. 32. The bow instantly grants Ronstadt her highest-charting album since 1990. MORE HERE