The Dude Abides At Lebowski Fest 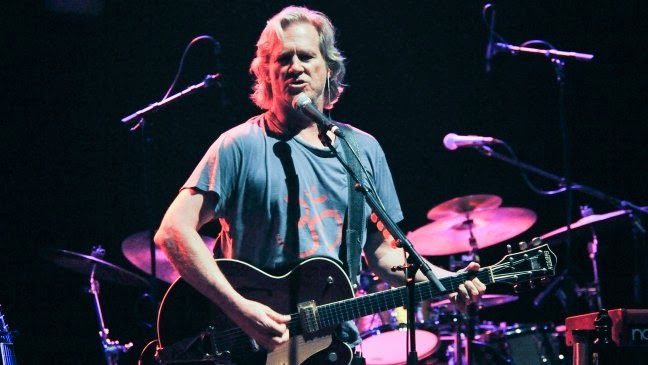 Jeff Bridges and his band The Abiders performed Friday April 25, 2014 at Lebowski Fest, but Joel and Ethan Coen's 1998 campy crime comedy The Big Lebowski was still the night's biggest star.

Fans of the film filled the Wiltern Theater in midtown Los Angeles to capacity for the annual celebration of the cult classic, which has been staged around the country since 2002.

Bridges and his band performed a 30-minute set that included songs from "Crazy Heart," the 2009 film for which he won the best actor Oscar. Kyle Gass, the other half of Tenacious D, opened the evening by singing tunes from "The Big Lebowski." source

Video HERE
Posted by CDMartini at 8:47 AM