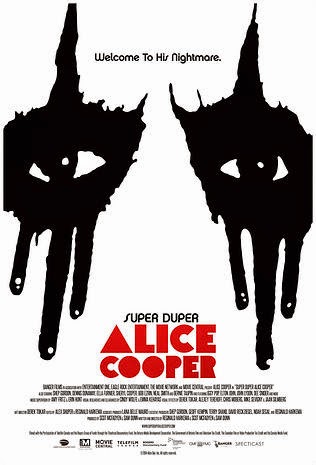 You wouldn't expect a film about Alice Cooper to be a normal documentary, would you?

Of course not. So here comes "Super Duper Alice Cooper," an authorized project that its makers have dubbed a "doc opera."

"Super Duper Alice Cooper" debuted Thursday April 17, 2014 at the Tribeca Film Festival in New York, with a showing last night (April 22, 2014) at the Grammy Museum in Los Angeles and screenings at theaters around the country starting on April 30, 2014.