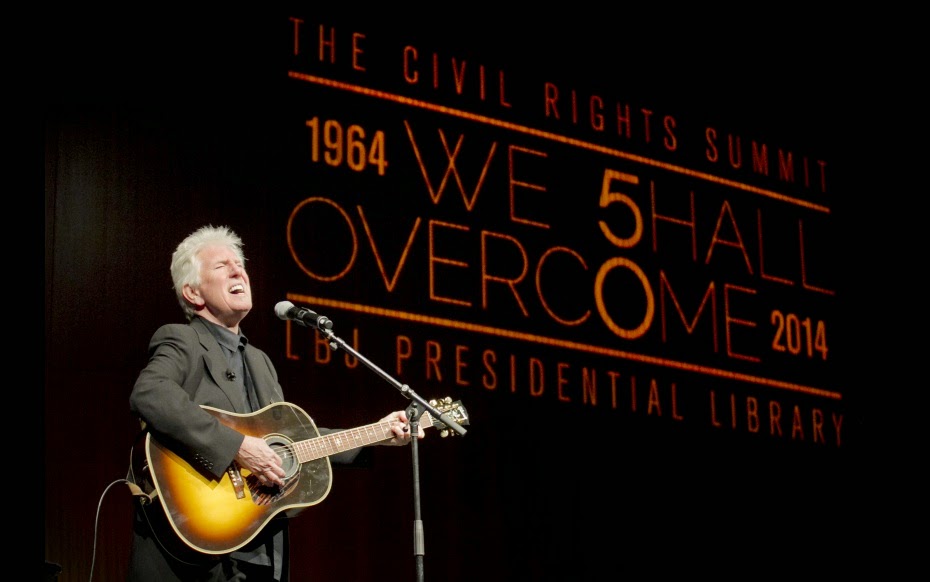 The Music and Social Consciousness panel on the first day of the Civil Rights Summit gave a nod to popular culture’s involvement in the civil rights movement.

Mavis Staples and Graham Nash (above), two musicians known for their contributions to pop culture and the civil rights movement, spoke, followed by a four-song performance given by Nash. Both Staples and Nash talked about how the civil rights movement and political atmosphere influenced their careers in music. source
Posted by CDMartini at 9:11 AM