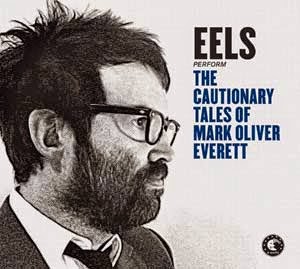 as one of the chief inspirations behind Eels' 11th album The Cautionary Tales of Mark Oliver Everett; to be released April 22, 2014.

Indeed, recording songs called things like Mistakes of My Youth (above) became so intense and personal for Everett that he abandoned them at one point, returning to them only after he had recorded last year's Wonderful, Glorious