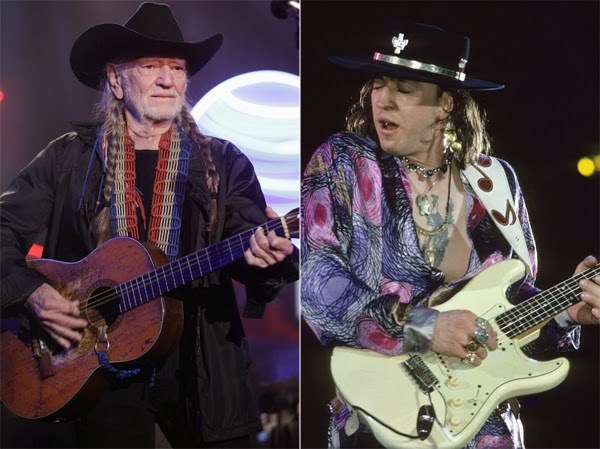 In celebration of its 40th anniversary, the PBS concert TV series Austin City Limits has launched the Austin City Limits Hall of Fame. It is holding its inaugural induction ceremony on April 26th, 2014, when it recognizes Willie Nelson and Stevie Ray Vaughan & Double Trouble as its first members.

Vaughan will be inducted posthumously, while Vaughan's band Double Trouble, including drummer Chris Layton, bassist Tommy Shannon and keyboardist Reese Wynans, will be inducted at the event. MORE HERE
Posted by CDMartini at 9:04 AM