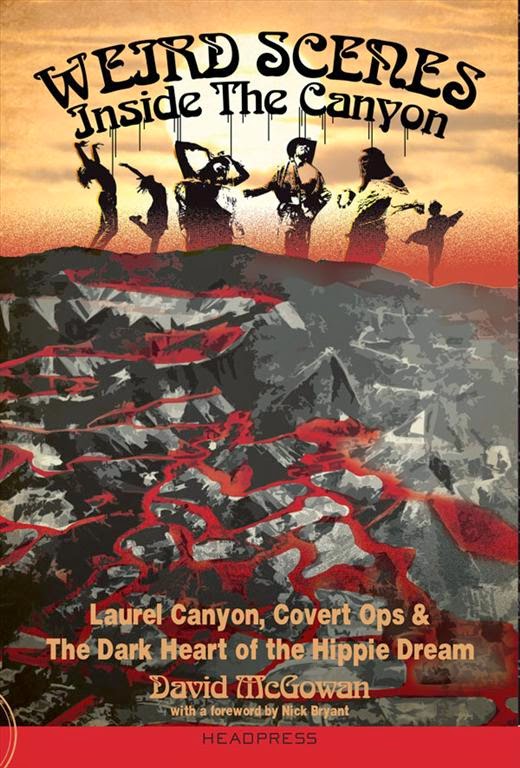 Laurel Canyon in the 1960s and early 1970s was a magical place where a dizzying array of musical artists congregated to create much of the music that provided the soundtrack to those turbulent times.Members of bands like the Byrds, the Doors, Buffalo Springfield, the Monkees,the Beach Boys, the Turtles, the Eagles, the Flying Burrito Brothers, Frank Zappa and the Mothers of Invention, Steppenwolf, CSN, Three Dog Night and Love,along with such singer/songwriters as Joni Mitchell, Judy Collins, James Taylor and Carole King, lived together and jammed together in the bucolic community nestled in the Hollywood Hills.

But there was a dark side to that scene as well. Many didn’t make it out alive, and many of those deaths remain shrouded in mystery to this day. Far more integrated into the scene than most would like to admit was a guy by the name of Charles Manson, along with his murderous entourage. Also floating about the periphery were various political operatives, up-and-coming politicians and intelligence personnel – the same sort of people who gave birth to many of the rock stars populating the canyon.

is no less than the Official Classic Rock Conspiracy Theory. MORE HERE & HERE
Posted by CDMartini at 10:27 AM