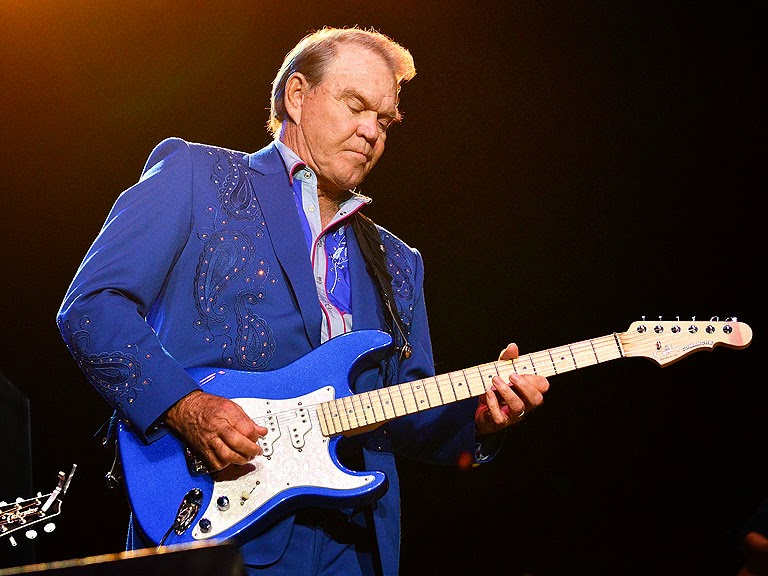 Glen Campbell has been moved into a care facility three years after being diagnosed with Alzheimer's disease.

The singer, whose "Rhinestone Cowboy" topped the charts in 1975, had been suffering from short-term memory loss in recent years. He was diagnosed with Alzheimer's disease in early 2011.

The 78-year-old Grammy winner initially shared the news of his illness back in 2011 because he’d hoped to give a series of goodbye concerts, in conjunction with an album "Ghost On The Canvas

,” which was released later that year.

"Ghost On The Canvas

,” Campbell’s 61st studio album, was expected to be his last. It wasn’t. A brand new collection of recordings from the legendary singer, "See You There

With Campbell’s health apparently in decline, it’s increasingly likely the collection will be the final studio recording of the Arkansas native's career. MORE HERE & HERE

Email ThisBlogThis!Share to TwitterShare to FacebookShare to Pinterest
Labels: ghost on the canvas, glen campbell, rhinestone cowboy, see you there