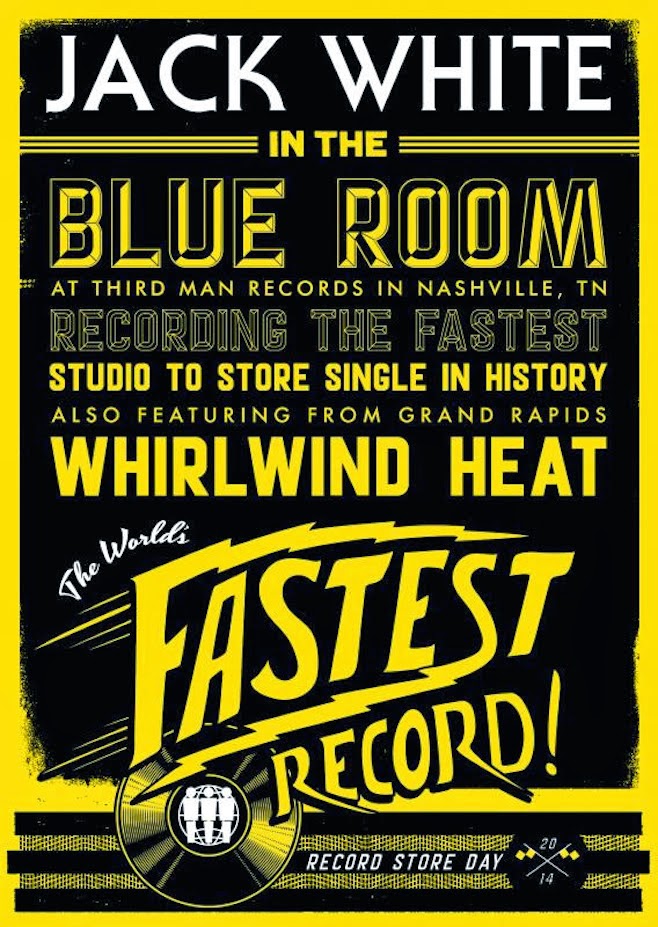 . He plans to produce "the world's fastest-released record" by recording and releasing Lazaretto's title track on the same day.

On international record store day (April 19, 2014) White will take to the stage at his Third Man Records headquarters in Nashville, Tennessee, performing the song Lazaretto and recording it straight to acetate. Assistants will then rush the master tapes to United Record Pressing, less than 2 miles away; technicians will immediately begin pressing 45s, using photographs from the concert for the records' sleeves.

As soon as they're finished, these limited-edition 7-inch records will go back to Third Man. The singles will reportedly be offered for purchase, in person only, for as long as buyers are still lining up, or at least until midnight. White will include a live recording of Lazaretto on his subsequent album. MORE HERE & HERE