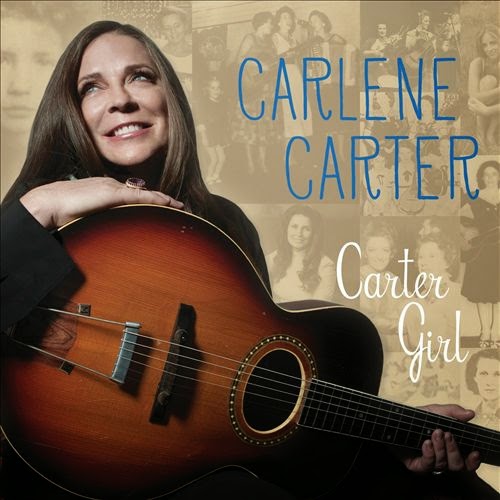 Carlene Carter was born into country-music royalty: Her father, Carl Smith, was a fine country vocalist, and her mother June Carter was not only famous for performing with husband Johnny Cash, but also as part of The Carter Family, the groundbreaking act that ushered in the modern era of country music in the 1920s.

Carlene Carter has reached back to that rich material of the Carter Family for much of a new album, Carter Girl

, which offers fresh takes on classic songs. The first single 'Black Train A Comin'' is above.

has the trappings of a comeback album, with Don Was giving the production a bright sheen and Willie Nelson and Kris Kristofferson putting in cameo appearances. But on its own terms, Carter Girl

is as strong as anything Carter has ever recorded. It carries the heavy burden of history lightly, and yet never flinches at the seriousness of the lives she's singing about, including her own. MORE HERE & HERE