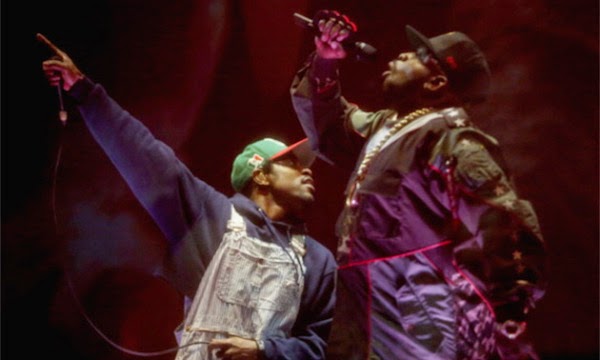 It was one of the most anticipated musical reunions in years: Andre 3000 (above left) and Big Boi (above right) would be performing together as Outkast for the first time since 2002. Yet their Coachella headlining slot, which saw them at the top of Friday’s bill (April 11, 2014), proved underwhelming for many fans, with a large amount of the audience deserting the performance before it reached its climax. MORE HERE

With a daily three-channel Youtube webcast straight from the festival, you don't have to actually be out in the California desert to see a lot of the multi-stage musical action live. Outkast, Zedd, Aloe Blacc, Ellie Goulding, Chromeo, and more are among the many acts whose sets were part  of Coachella Live's broadcast yesterday (April 11, 2014). Today (April 12, 2014), tune in to watch Nas, Muse, Skrillex, Pharrell Williams, Lorde and several more. And Sunday (April 13, 2014), tune in for even more from Indio! source

Coachella Live stream HERE
Posted by CDMartini at 10:37 AM