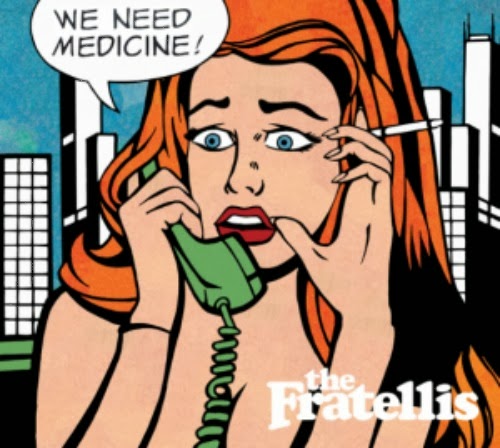 , in October 2013 and, shortly after, made a triumphant return to the road in with sold-out shows across the US, UK and Europe. Now, the band has announced details of their upcoming new single.

'She's Not Gone Yet But She's Leaving' (above) will be officially released on February 3, 2014 and is the second cut to be lifted from the new album. MORE HERE

Listen to the album HERE

Email ThisBlogThis!Share to TwitterShare to FacebookShare to Pinterest
Labels: she's not gone yet but she's leaving, the fratellis, we need medicine