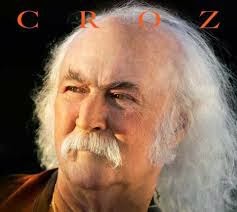 , the first new album from rock legend David Crosby in more than two decades, will be released on January 28, 2014.

Ahead of the long-anticipated 11-song set, this Rolling Stone video captures the two-time Rock and Roll Hall of Famer discussing his influences and his unorthodox writing approach while offering an inside look at the creative process between him, his son James Raymond and guitarist Marcus Eaton. source