An Arsenal Of Musical Firearms On Display 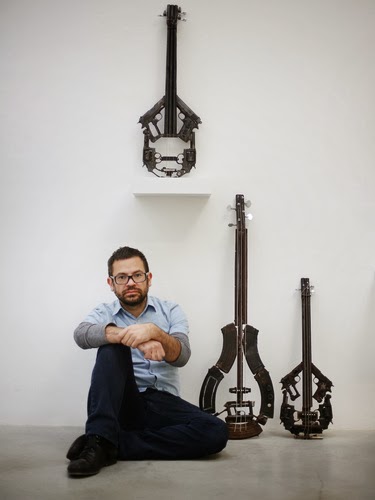 Pedro Reyes believes art should address social issues like gun violence, even when they're difficult and controversial.

Reyes addresses the issue of gun violence by using guns themselves. His first project began in 2007. As part of a campaign to curb shootings, the city collected 1,527 guns. He used them to create art.

Now Reyes is working on a new project. It is one that transforms guns into something more musical.

An exhibition of the work is on display at the University of South Florida's Contemporary Art Museum. It's called 'Disarm' and consists of guns that have been turned into musical instruments. MORE HERE
Posted by CDMartini at 9:33 AM