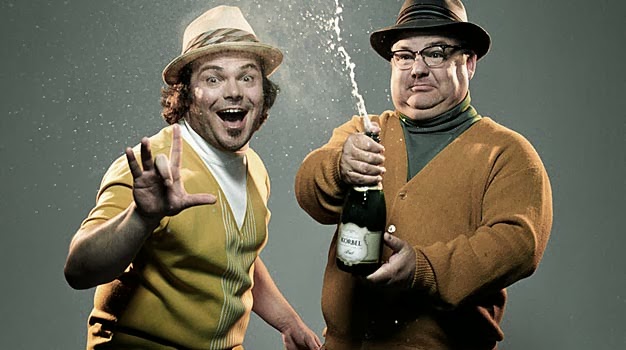 When it comes to mixing rock and comedy, self-proclaimed "greatest band on Earth" Tenacious D occupies the same rarified stratum as Frank Zappa and Spinal Tap. For 20 years, Jack Black and Kyle Gass have been belting out hilariously vulgar acoustic anthems that seamlessly match Dio-era Black Sabbath bombast with Simon and Garfunkel-style harmonies.

, the D grew from sold-out club tours to become a major concert attraction and festival favorite. Black and Gass spoke of recent triumphs ahead of SF Sketchfest's opening night tribute to the D at the Castro theatre Thursday January 23, 2014, which reunites the duo with HBO series

cast member Paul F. Thompkins for an evening of clips, conversation, and song. The interview is HERE