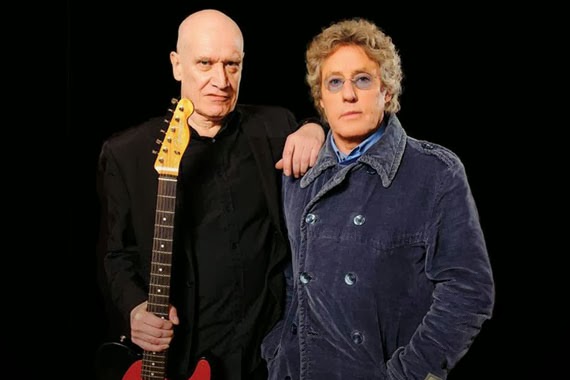 Last January (2013), British guitarist Wilko Johnson (above left), best known for his work with the pub rock band Dr. Feelgood, was diagnosed with terminal pancreatic cancer and was told he had only months to live. That hasn't stopped the 66-year old from making music, as he's set to release a new album in collaboration with the Who's Roger Daltrey (above right).

"Going Back Home" is set for release this March 10, 2014, and will feature 10 originals from Johnson, from both his solo career and his bands Dr. Feelgood and Solid Senders, along with a cover of Bob Dylan's "Can You Please Crawl Out Your Window?" The LP was recorded last November (2013) at Yellow Fish in Uckfield, England. It will come out on the influential blues, soul, and R&B label Chess Records, which is being revived for this release. MORE HERE

Wilko Johnson and Roger Daltrey will perform songs from the album at a very special one-off show in London at O2 Shepherd's Bush on February 25, 2014.

Email ThisBlogThis!Share to TwitterShare to FacebookShare to Pinterest
Labels: bob dylan, can you please crawl out your window?, chess records, dr. feelgood, going back home, roger daltrey, solid senders, the who, wilko johnson