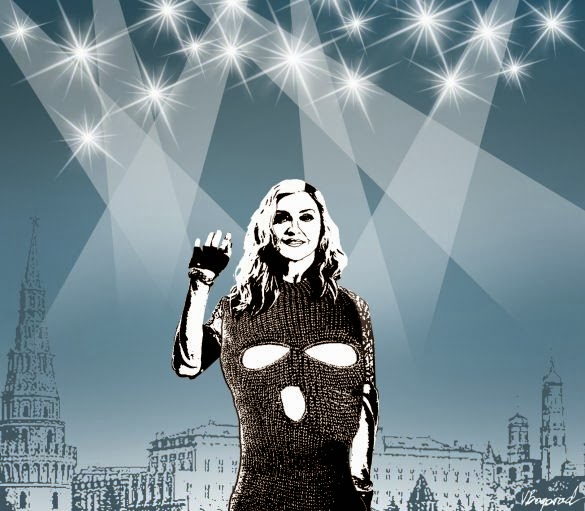 Madonna will introduce Pussy Riot's Nadezhda Tolokonnikova and Maria Alyokhina at the upcoming Amnesty International Human Rights Concert in Brooklyn. The pop singer said she was "honoured" to be joining the punk activists, who were recently accused of satanism by a New York priest.

Madonna used a press release to describe Tolokonnikova and Alyokhina as "my fellow freedom fighters". The two women will be guests of honour at Amnesty International's February 5, 2014 concert, which also features performances by Lauryn Hill, Imagine Dragons and the Flaming Lips. source