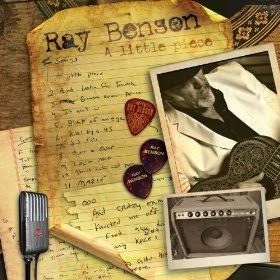 Texas musical institution Ray Benson, who's also known as the frontman of Western Swing legends Asleep at the Wheel, has a lot of accolades to his name. He also has a lot of cool friends to his name that he's collected in his music journey.

Benson combines both of these in his second solo release (January 21, 2014), A Little Piece

, on which he duets with none other than Willie Nelson on the tune "It' Ain't You" (above). MORE HERE

Email ThisBlogThis!Share to TwitterShare to FacebookShare to Pinterest
Labels: a little piece, asleep at the wheel, it ain't you, ray benson, willie nelson