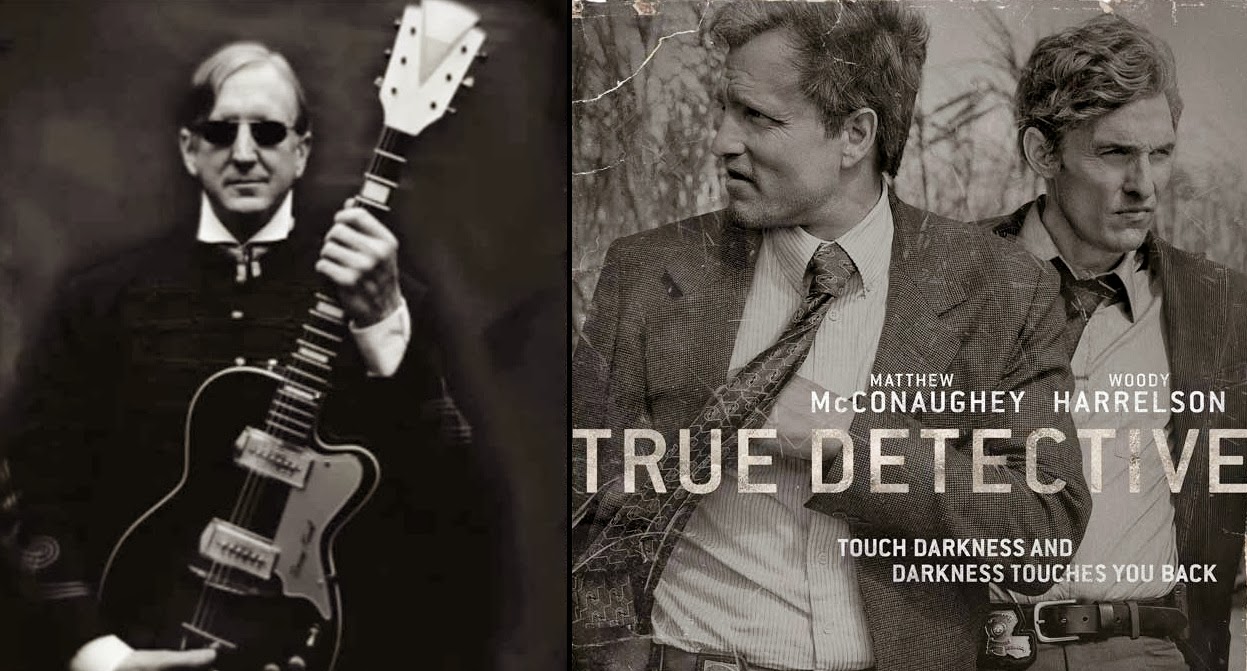 True Detective, a dark new anthology series that premiered on HBO earlier this month (January 2014), has been greeted with wide critical praise. The series stars Matthew McConaughey and Woody Harrelson as Louisiana homicide detectives Rustin Cohle and Martin Hart, respectively. The show follows their hunt for a serial killer, as well as their struggles with inner demons and family.

The series' brooding atmosphere is framed by an expertly crafted soundtrack—some of the songs are haunting, some are bluesy, some are both. The music is selected by none other than T Bone Burnett, the Oscar-winning producer and musician.

Burnett's affection for the series comes through in his song selection, which plays like a sinister blues and gospel party mix. The soundtrack includes tracks like "Bring It to Jerome" by Bo Diddley, "Clear Spot" by Captain Beefheart and the Magic Band, "Stand By Me" by The Staple Singers, and "Honey Bee (Let's Fly to Mars)" by Grinderman. MORE HERE