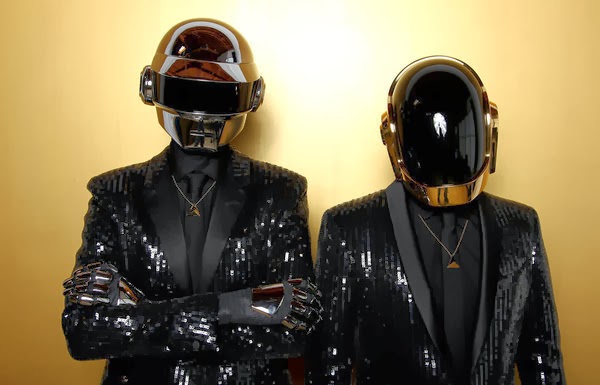 There are some places a person cannot enter while wearing a helmet ...airports are one of them. Apparently, no one programmed the Daft Punk robots with that in mind. We assume the humanoids under the helmets were high from their Grammy Award success and attempted to stroll through security at LAX (Los Angeles International Airport without worry. Sorry guys, no can do ...they were forced to remove the objects from their heads.

The internet seems to believe the 'unmasking' at LAX is some kind of scoop ...we're guessing the TMZ folks aren't sticklers for research since the duo's photos before they became robots litter the world wide web. MORE HERE