Clapton In The Seventies 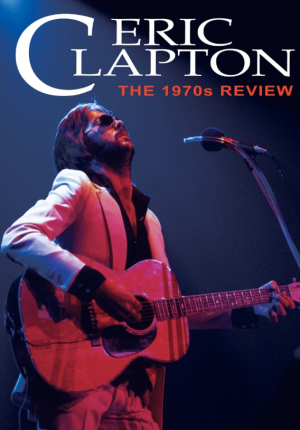 (from the makers of Eric Clapton - The 1960s Review

), follows Clapton's journey through the Seventies, from his immersion in musical collectives such as Delaney & Bonnie, Derek and the Dominos, through his re-emergence in 1974 as a successful solo artist.

It covers his critically acclaimed albums and tours in the latter half of the decade, new and archival interviews, rare performance footage, contributions from Bonnie Bramlett, Bobby Whitlock, the Albert Brothers, George Terry, Willie Perkins, Bill Halverson, Clapton biographer Marc Roberty and more, plus a host of other features.