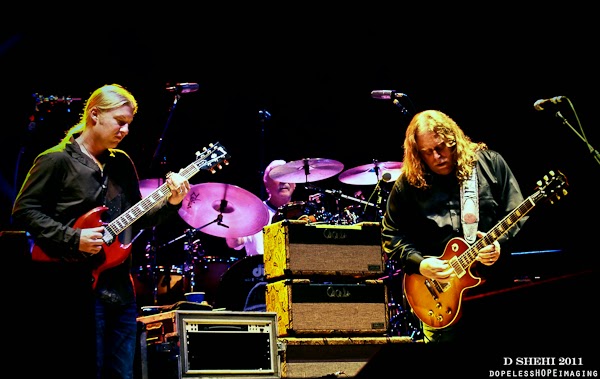 The Allman Brothers Band have suffered one of the more devastating blows of their 45-year career: longtime singer-guitarist Warren Haynes and slide guitarist Derek Trucks announced tonight that they will depart the band at the end of the year (2014).

The news comes as a complete surprise. Last month, Gregg Allman spoke with enthusiasm about the future of the band, both in the studio and on stage. MORE HERE
Posted by CDMartini at 9:35 AM