Stephen Malkmus & the Jicks Wig Out at Jagbags 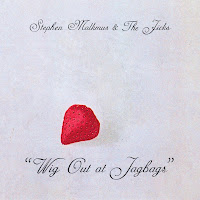 Stephen Malkmus and the Jicks have shared the second music video, 'Cinnamon And Lesbians' (above), in support of their next album, due January 7, 2014, Wig Out at Jagbags

The ex-Pavement frontman delivers a lazy-afternoon nugget with jammy echoes of the Grateful Dead. MORE HERE

The entire album is available to hear at Amazon through January 6, 2014. Stream it in full HERE

Email ThisBlogThis!Share to TwitterShare to FacebookShare to Pinterest
Labels: amazon, cinnamon and lesbians, grateful dead, pavement, steven malkmus and the jicks, wig out at jagbags