Sonny Bono Visionary Award For U2 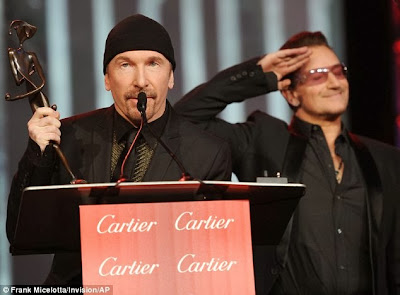 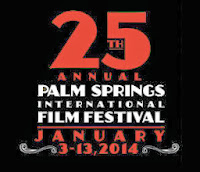 The rock band members of U2 were presented with the Sonny Bono Visionary Award at the Palm Springs International Film Festival at its annual awards gala on Saturday, January 4, 2014, in Palm Springs, California.

Bono (above right), The Edge (above left), Adam Clayton and Larry Mullen Jr. were honored for their work for the new film "Mandela: Long Walk to Freedom."