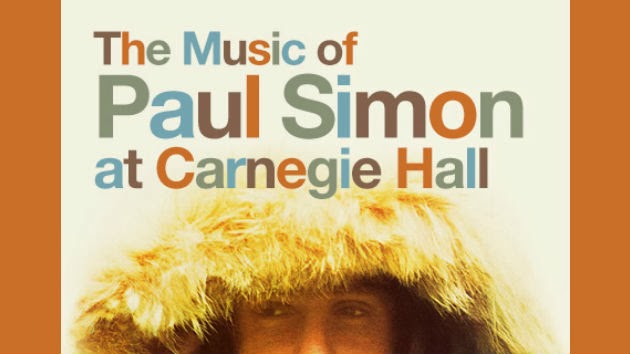 For the last nine years Michael Dorf has raised money for music education programs by way of a tribute concert at Carnegie Hall. This year’s installment, on March 31, 2014 the 10th in Mr. Dorf’s series, honors the music of Paul Simon.

The preliminary lineup for the concert, which Mr. Dorf is expected to announce on Tuesday (January 7, 2014), includes Joy Williams (of the Civil Wars), the soul singer Bettye LaVette, the singer-songwriters Bob Mould, Dan Wilson and Ben Sollee, the composer Allen Toussaint and a collaboration between the jazz singer Madeleine Peyroux and Jon Herington, the lead guitarist of Steely Dan. MORE HERE
Posted by CDMartini at 9:32 AM