Paloma Faith Can't Rely On You 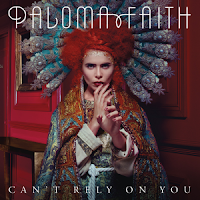 The expected return to the music scene of the English singer-songwriter Paloma Faith is a fact. Only a year and a half after the release of her second album “Fall To Grace

“, the singer is ready to start promoting her next album, entitled “A Perfect Contradiction“, scheduled to be released on digital retailers on March 3, 2014 through RCA Records. Moreover, as happened with the previous, this new album also has two editions: standard and deluxe.

The new album shows a distinct return to her early soul-girl roots. Influences as diverse as classic Stax, Phil Spector, 1960′s girl groups, ‘70′s disco and early 1980′s soul come together on an album that is the most upbeat Paloma has ever made. The first single officially called “Can’t Rely On You“ (above). The single was written for Paloma by Pharrell Williams who also produced the track and appears on it as backing vocalist. MORE HERE