No Fogerty Remorse For Zaentz 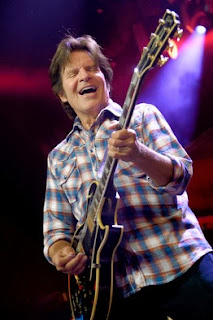 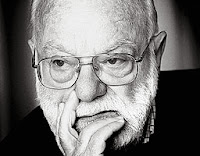 Saul Zaentz (above right), the Fantasy Records label owner famous for suing Creedence Clearwater Revival frontman John Fogerty for self-plagiarism, has died at the age of 92.

Fogerty’s public response to this news makes it clear he has still not forgiven his former nemesis, even in death.

Creedence Clearwater Revival was one of the first bands Zaentz signed to Fantasy Records after purchasing the formerly jazz-focused imprint in 1967. Fogerty came to see the deal’s terms as unfair and onerous, and struggled hard for years to free himself from the contract following the breakup of CCR.

Based on Facebook and Twitter posts on his official pages following the news of Zaentz’s death last night, Fogerty is hardly in a forgiving mood. Instead, he simply posted a link to the official ‘Vanz Can’t Dance’ video (above) which he wrote about Zaentz, complete with animated dancing pigs. MORE HERE
Posted by CDMartini at 9:01 AM