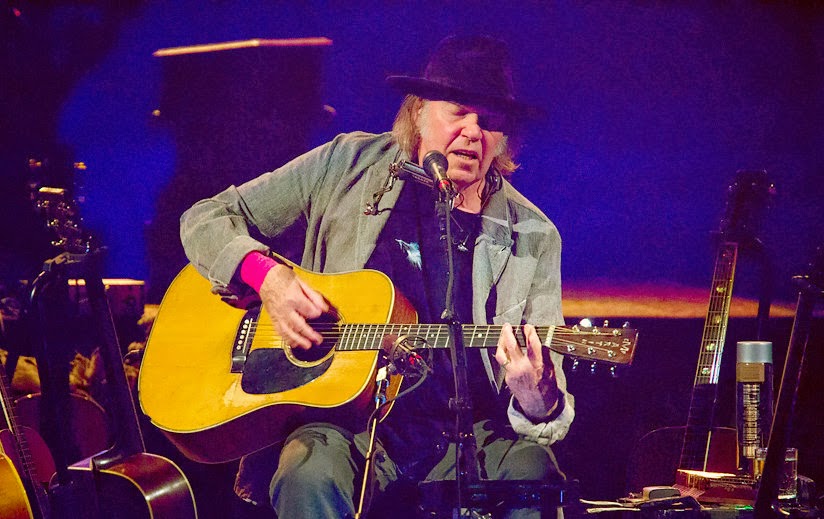 When Neil Young walked onstage for the first of his four-night stand at Carnegie Hall, nobody in the audience had any idea what sort of show he was about to present.

But Neil had no such surprises for the capacity crowd at Carnegie Hall. Instead, he treated them to an absolutely jaw-dropping two hour and 20-minute show that focused largely on his golden period of 1966 to 1978. He only deviated from that era for two songs from 1992's Harvest Moon

, the 1989 obscurity "Someday" and a pair of covers by Phil Ochs and Bert Jansch. MORE HERE & HERE