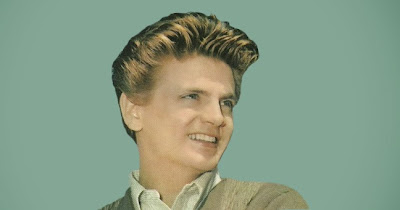 Tributes have poured in for US musician Phil Everly of the Everly Brothers, who has died aged 74 in California.

US guitarist and friend Duane Eddy, who produced Everly's first solo album after the split with his brother, described his death as "a huge blow".

Queen guitarist Brian May said he had lost a huge piece of his youth and described the brothers as heroes.
In a post on his website, he wrote: "RIP Phil Everly … you were magic. I have tears in my eyes."

English guitarist Albert Lee, who was the musical director for the brothers' reunion concert and performed with them for over two decades, said they had a unique sound. "There was nothing like it. It was a combination of their country upbringing and when they became teenagers they fell in love with rock and roll," he told BBC News. "They sounded like no one else." source

Billie Joe Armstrong and Norah Jones, who this past November released Foreverly

, an album-length Everly tribute, passed along their thoughts about the death of the sweet-voiced singer. source

The infighting and hard feelings between The Everly Brothers were well-known, but surviving brother Don felt he had a special moment with his brother Phil before Phil's passing  — even if the two weren't together at the time. source

Phil Everly's Life in Photos
Posted by CDMartini at 11:34 AM