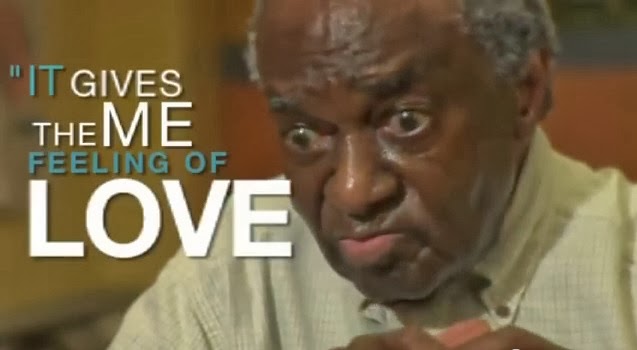 One day in 2006, New York social worker Dan Cohen realized that with today's devices, all of his favorite music—he's a fan of '60s rock—is at his fingertips, but he might no longer be able to listen to it if he winds up in a nursing home when he's older. When he called around to local assisted-living facilities, he found that none of them provided personal music players to their residents.

So, he began giving them iPods. Eventually, his project became Music & Memory, a nonprofit that helps seniors living in nursing homes get access to the songs of their youth.

Henry (pictured above) is one of the nonprofit's beneficiaries. With advanced Alzheimer's, he can't recognize his daughter and barely speaks. But after listening to an iPod loaded with songs by Cab Calloway, he comes to life, singing along and saying he's filled with "love and romance." MORE HERE
Posted by CDMartini at 10:58 AM