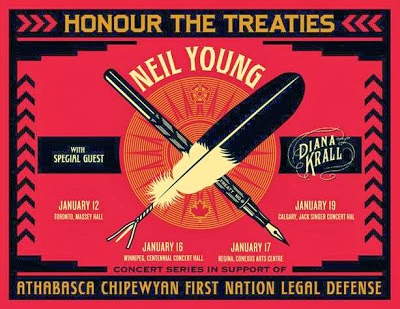 If you weren’t able to purchase tickets to the shows, or want to support the fight from where you live, you can still be part of this historic moment and create a lasting legacy for the ACFN and all future generations by helping fund legal efforts.

All donors will be entered for a chance to win tickets to the live concerts, and donations above $35 will receive posters, t-shirts, and other great benefits.

Please stand with Neil, stand with the ACFN to draw a line in the sand against tar sands expansion HERE
Posted by CDMartini at 8:33 AM