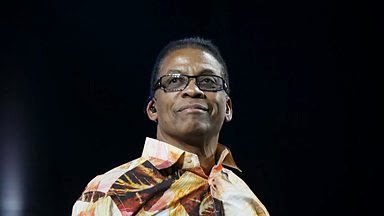 Herbie Hancock has been appointed the 2014 Norton Professor of Poetry at Harvard University.

The 73-year-old Oscar-winning composer will deliver six lectures in his role on a series of topics from next month (February 2014).

Hancock told BBC Radio 5 live he would "be mainly talking about my own experience and give them some stories".

The honorary post was introduced in 1925 and has been held by arts luminaries including writer TS Eliot and composer Leonard Bernstein.

Hancock, who has won 14 Grammy awards during his career, said that it was "pretty daunting" to follow in the footsteps of Bernstein.

His series of talks will include The Wisdom of Miles Davis, in reference to the legendary jazz musician, with whom Hancock played, during the 1960s. MORE HERE

Listen to the interview HERE