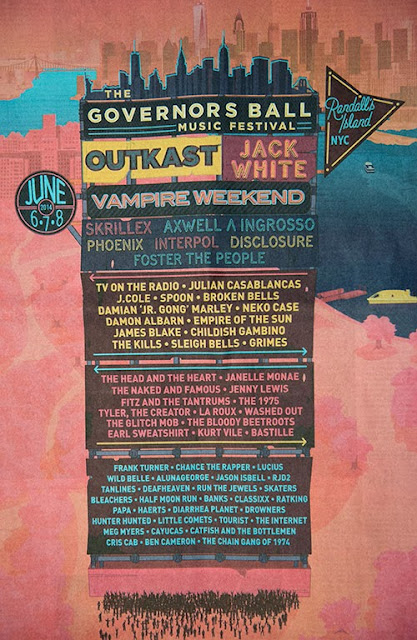 Governors Ball announced its lineup Wednesday January 15, 2014 not with a tweet or a press release, but with a full-page ad in The New York Times. As expected, reunited rap duo Outkast will headline the annual festival on Randall's Island in NYC, being held June 6-8, 2014. Joining them atop the bill are rock standard-bearers Jack White and Vampire Weekend. MORE HERE