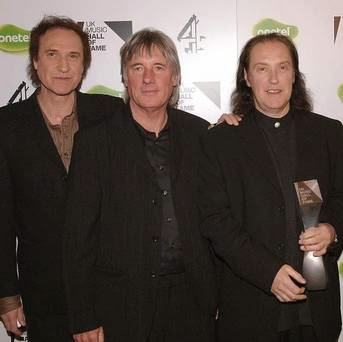 The Kinks are close to reuniting in honor of their 50th anniversary, according to brothers Ray and Dave Davies.

Ray Davies (above left), the 69-year-old singer-songwriter, his younger brother guitarist Dave (above right) and original drummer Mick Avory (above middle), the three original, surviving members of the 60s rock legends, have all said they are keen to reunite for their 50th anniversary in 2014.

Ray added: "It's as close as it's ever been to happening." MORE HERE & HERE
Posted by CDMartini at 9:05 AM