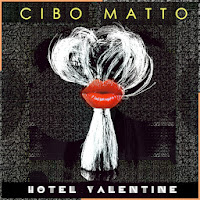 After 15 years of effective silence, Cibo Matto are returning in a big way. The Shibuya-kei crew have announced a new album, shared a new music video, 'MFN' (above) and released new tour dates all in one fell swoop. Miho Hatori and Yuka Honda groove in the clip, a wonderfully colorful sensory overload that is perfectly matched to the wild and swaggering song.

The new single finds Cibo Matto in top form, which is good since on February 11, 2014 it'll arrive attached to nine other tracks. MORE HERE