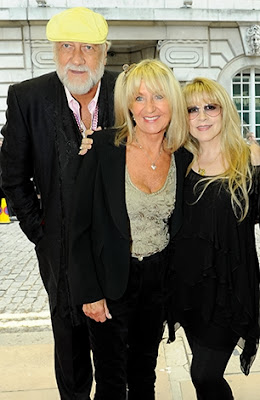 Christine McVie (above middle) is back with Fleetwood Mac -- officially.

The band's publicist has confirmed that McVie has rejoined the band after departing the group in 1998, saying that McVie "has indeed re-joined Fleetwood Mac and we are hoping to make an announcement about a possible tour for the full tilt Macsters some time in 2014." MORE HERE
Posted by CDMartini at 8:28 AM