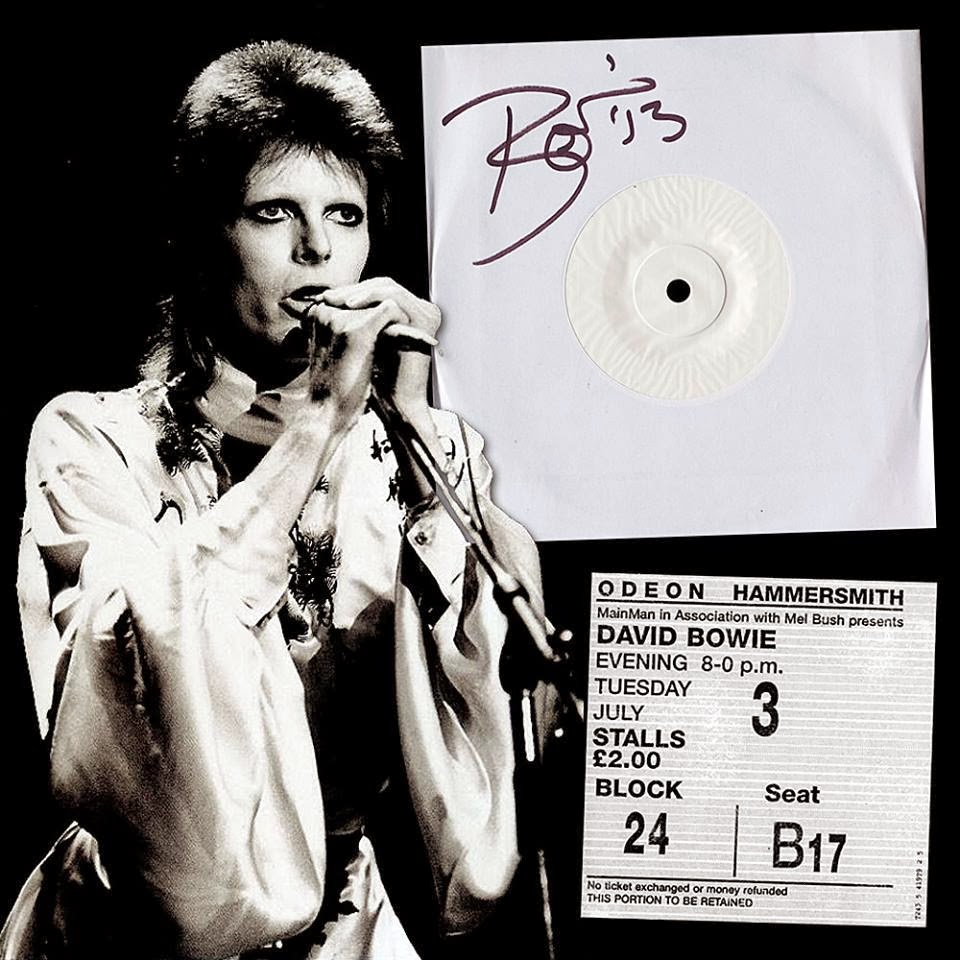 This is your chance to win a specially pressed single-sided vinyl 45 of David Bowie’s Farewell Speech/Rock ’N’ Roll Suicide.

The unique pressing was created for this exclusive DavidBowie.com contest and Mr. Bowie has very kindly offered to sign copies.

2013 was the 40th anniversary of Ziggy and The Spiders final show on the evening of July 3, 1973, at Hammersmith Odeon in London, as captured on Ziggy Stardust And The Spiders From Mars

Three questions on the theme of three are to be answered and you can find each of those in three previous news items on DavidBowie.com.

You have until midnight EST on Friday, January 31, 2014, to email your three answers HERE.