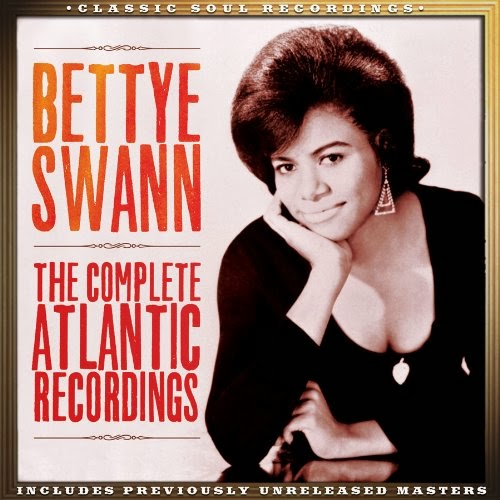 Soul singer Bettye Swann first came to international prominence with her now-classic 1967 No. 1 R&B hit, "Make Me Yours." Following a couple of years of recording for Capitol Records, the Louisiana-born songstress was signed to Atlantic Records where she recorded for close to five years (1972-1976).

Now, for the first time ever, "Bettye Swann : The Complete Atlantic Recordings

" compiled by noted soul music historian David Nathan for Real Gone Music and SoulMusic Records - documents her tenure with Atlantic with a 23-track collection containing everything she recorded for the label, featuring the seven singles released by Atlantic, two of which - "Victim Of A Foolish Heart" and "Today I Started Loving You Again" - became R&B charted hits.