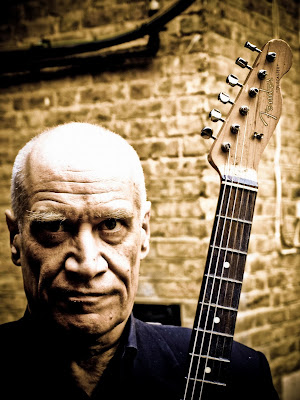 "I’m supposed to be dead now,” admits Wilko Johnson, the guitarist who was told that he may not survive past October (2012) after being diagnosed with terminal cancer.


But on Thursday night (November 14, 2013) Johnson was hailed and presented with the (musical) Innovator award by an audience of his rock peers at the Classic Rock magazine Roll of Honour.

Since being diagnosed with terminal pancreatic cancer, the former Dr Feelgood guitarist, 66, says he has never felt more “vividly alive”. Johnson refused chemotherapy treatment so that he would have the strength to complete a “farewell tour” in Spring, where he basked in the adoration of fans. MORE HERE

This on the heels of Wilko being honored for his Lifetime Contribution to the blues genre at the 2013 European Blues Awards. MORE HERE
Posted by CDMartini at 9:49 AM