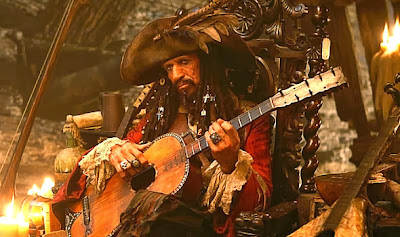 Keith Richards will once again step into the boots of Captain Teague.

The Rolling Stones musician is set to reprise his role as Captain Jack Sparrow's father in Pirates Of The Caribbean: Dead Men Tell No Tales.

'After months of talks, Keith has signed on to rejoin Johnny Depp in this fifth Pirates film'. 'Cameras are scheduled to start rolling in October (2014)' with a 2016 release. Also, Christopher Waltz may plan villain Captain Brand. MORE HERE & HERE
Posted by CDMartini at 10:00 AM