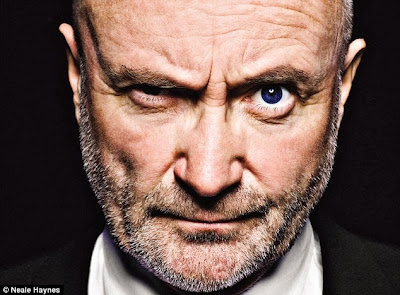 Phil Collins has revealed that he is "thinking about" making a return to music. Two years after announcing that he had been forced to give up drumming, the musician says that in addition to considering his own comeback he is mulling a reunion of Genesis.

He admitted to Bild am Sonntag: "Everything is possible. We could tour in Australia and South America. We haven't been there yet".

Collins, 62, hasn't played live since 2010, and not with Genesis since 2007. According to earlier interviews, he abandoned the drums after sustaining major damage to his spine. MORE HERE