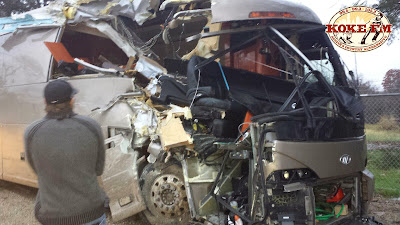 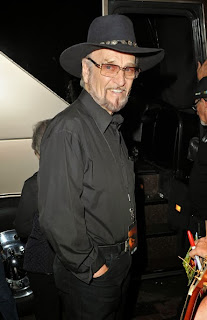 The band's bus (Willie was in his own bus) crashed along I-30 around 3:30 AM when it hit a bridge pillar -- about 80 miles east of Dallas. We believe it is due to icy conditions on the road.

No one suffered serious injuries. Drummer Paul English (left) injured his ankle, Billy English suffered a bruised hip and crew member Tom Hawkins has a cracked rib. The other family members on the bus are sore but everyone is expected to recover fully.

The last four dates in November (2013) have been postponed and the tour resumes as scheduled in December (2013). MORE HERE & HERE