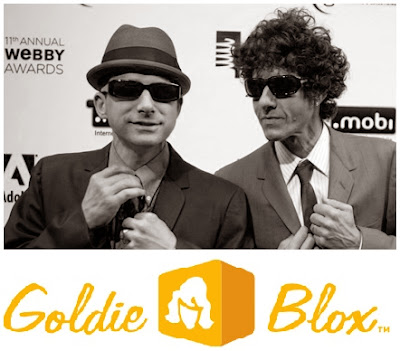 The 'GoldieBlox' toy company went viral after posting a video of young girls singing new, empowering lyrics to the Beastie Boys’ hit ‘Girls,’ but the rap group refuses to allow its music in advertising. GoldieBlox sued and insisted fair use, but eventually caved and removed the song, telling the group, ‘We don’t want to fight with you.’ MORE HERE & HERE
Posted by CDMartini at 10:40 AM