Down On The Farm With Seasick Steve 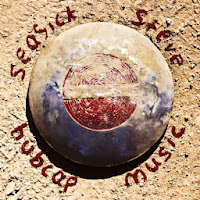 — named after a four-string Morris Minor guitar constructed from two hubcaps and a garden hoe — updates much of Seasick Steve’s rural ritual with modern nuances. Jack White’s influence can be felt on this, Steve’s second record on Third Man Records label, although a number of other impressive guests including John Paul Jones and Luther Dickinson also contributed.

kicks off with "Down On The Farm" (above)and is one of several tracks on the record to feature John Paul Jones on bass. Jones also contributes mandolin, Hammond organ and more to the record. MORE HERE & HERE