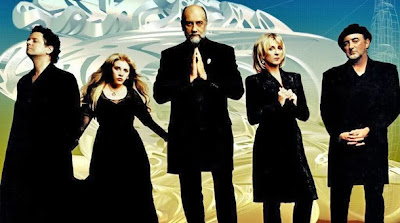 When Christine McVie (above second from right) joined her old band, Fleetwood Mac, onstage during their recent shows at the O2 in London, it was billed as little more than a special treat for fans.

Yet the group's singer, keyboardist and songwriter seems to have caught the bug and has said she would like to rejoin permanently. "I like being with the band, the whole idea of playing music with them," she said. "I miss them all. If they were to ask me I would probably be very delighted … but it hasn't happened so we'll have to wait and see."

McVie was with the band for 28 years before quitting in 1998. She was the band's main songwriter and central to its transformation from a blues group to the current incarnation featuring Stevie Nicks and Lindsey Buckingham that created the pop-oriented sound behind huge-selling albums such as Rumours

and Tango in the Night