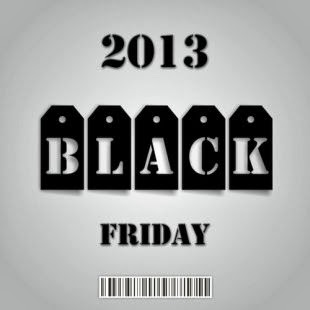 For a fourth straight year, the nation's independently owned music stores are offering a sequel to Record Store Day on the day after Thanksgiving. While other shoppers are lining up to battle over Furbys (they're still with us), "Back to Black Friday" offers music fans a bounty of exclusive and limited releases.

Participants this time around include heavy-hitters U2, Metallica, Jack Johnson, Red Hot Chili Peppers, and more. Foals, Band of Horses, and Dawes have special live vinyl on offer, Paul Simon is reissuing a host of vinyl LPs, the Clash's discography will be there on CD if you're into that sort of thing, and Cheap Trick has a box set of its 1977-1979 albums. You may stumble across nuggets from the Standells or Surfaris, rarities from Sly and the Family Stone or Uncle Tupelo, Christmas music by Blind Boys of Alabama or John Denver and the Muppets. MORE HERE, HERE & HERE
Posted by CDMartini at 8:56 AM